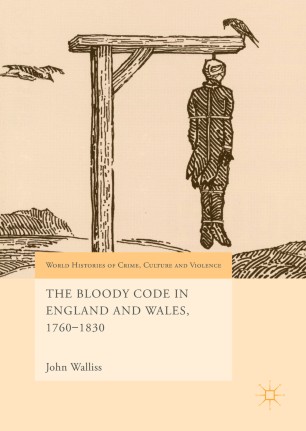 This book is a comparative quantitative analysis of the administration of justice across four English and three Welsh counties between 1760 and 1830. Drawing on a dataset of over 22,000 indictments, the book explores the similarities and differences between how the so-called Bloody Code was administered between, on the one hand, England and Wales, and, on the other, individual English and Welsh counties.
Following the introduction, the book is structured in two main sections that trace the criminal justice process in England and Wales respectively. The first chapter in each section examines the pattern of indictments in the respective counties, and explores the crimes for which men and women were indicted, the verdicts handed down, and the sentences passed. The analysis then turns to the patterns of sentences of death, executions and pardons for those capitally convicted of serious crimes against the person and forms of property offences.

John Walliss is Senior Lecturer in Criminology in the School of Social Sciences at Liverpool Hope University, UK.