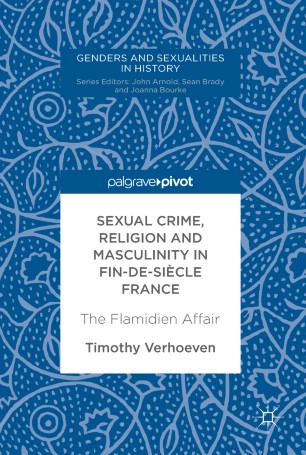 This book explores a vital though long-neglected clash between republicans and Catholics that rocked fin-de-siècle France. At its heart was a mysterious and shocking crime. In Lille in 1899, the body of twelve-year-old Gaston Foveaux was discovered in a school run by a Catholic congregation, the Frères des Écoles Chrétiennes. When his teacher, Frère Flamidien, was charged with sexual assault and murder, a local crime became a national scandal.  The Flamidien Affair shows that masculinity was a critical site of contest in the War of Two Frances pitting republicans against Catholics. For republicans, Flamidien’s vow of chastity as well as his overwrought behaviour during the investigation made him the target of suspicion; Catholics in turn constructed a rival vision of masculinity to exonerate the accused brother. Both sides drew on the Dreyfus Affair to make their case.