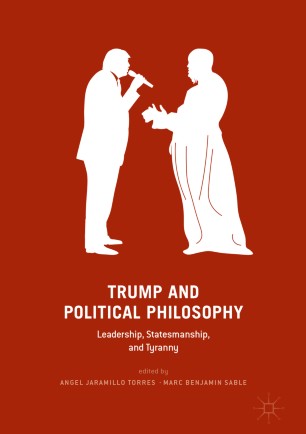 This book aims to recover from ancient and modern thinkers valuable arguments about statesmanship, leadership, and tyranny which illuminate reassessments of political science and practice after the election of Donald Trump. Like almost everyone else, contemporary political scientists were blind-sided by the rise of Trump. No one expected a candidate to win who repeatedly violated both political norms and the conventional wisdom about campaign best practices. Yet many of the puzzles that Trump’s rise presents have been examined by the great political philosophers of the past. For example, it would come as no surprise to Plato that by its very emphasis on popularity, democracy creates the potential for tyranny via demagoguery. And, perhaps no problem is more alien to empirical political science than asking if statesmanship entails virtue or if so, in what that virtue consists: This is a theme treated by Plato, Aristotle, and Machiavelli, among others. Covering a range of thinkers such as Confucius, Plutarch, Kant, Tocqueville, and Deleuze, the essays in this book then seek to place the rise of Trump and the nature of his political authority within a broader institutional context than is possible for mainstream political science.

Angel Jaramillo Torres is currently a Postdoctoral Fellow at the National Autonomous University of Mexico (UNAM).
Marc Benjamin Sable is an Associate Professor of Political Science at Bethany College in West Virginia, USA.

“These essays address important subjects, ask many of the right questions, and treat writers and thinkers worthy of serious, sustained attention. … For this reason alone—but also for many others—these two volumes are welcome.” (Michael Anton, The Claremont Review of Books, Vol. 18 (04), Fall, 2018)​
Buy options