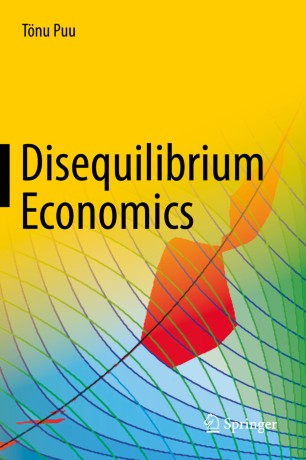 This book discusses mathematical models for various applications in economics, with a focus on non-linear dynamics. Based on the author’s over 50 years of active work in the field, the book has been inspired by models from the period between 1920 and 1950. Following a brief introduction to economics for mathematicians and other modelers, it assembles a repository of useful specific functions for global dynamic modeling. Furthermore, twelve “research stubs” – outlined research agendas that have not yet been fully worked on – are suggested for further study and could even be expanded to entire research projects. The book is a valuable resource, particularly for young scientists who are skilled in mathematical and computational techniques and are looking for applications in economics.

Tönu Puu is a Swedish economist of Estonian descent. He worked as acting full professor of economics at Uppsala University from 1963-1970, where he received his Ph.D., and was appointed ordinary professor of economics at Umeå University in 1971. Since 2001, when he became an emeritus professor, he has been working as a senior professor at the Centre for Regional Science (CERUM). In 2014 he was awarded the Doctor Jubilaris of Uppsala University. Puu has published over 20 books and more than 120 scholarly articles on economics, philosophy and mathematics. Topics studied include portfolio selection, investment and production, philosophy of science (in collaboration with Sir Karl Popper), spatial economics, economics of the arts, nonlinear dynamic processes, oligopoly and business cycles.
Puu was founder and director of the Nordic Baroque Music Festival from 1987 to 2001 and in this capacity received the Prize for Extraordinary Promotion of Culture, awarded by the county government. Other musical interests include playing the viola da gamba and being a "luthier", making his own instruments.