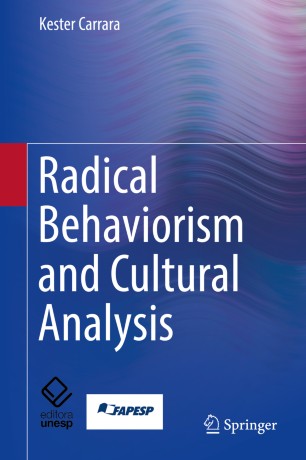 This book shows how the three-term contingency paradigm created by B.F. Skinner can be applied to describe and explain cultural practices phenomena produced by complex relations between behavior and environment. It updates the academic debate on the best paradigm to analyze complex social interactions (contingency or metacontingency), arguing that Skinner’s three-term contingency - the conceptual tool created to analyze human behavior by decomposing it in three parts: discriminative stimulus, operant response and reinforcement/punishment - is the best unit of analysis since what is selected in social interactions are not the actions of the group but of individuals gathered in a group situation to form an articulated and interlocked behavioral practice.

The author argues in favor of a relational approach to study behavior and identifies its theoretical foundations in the philosophy of Ernst Mach, especially in Mach’s concept of functional relations and its influence on Skinner. Departing from this theoretical framework, the author argues that behavior can only be studied through the analysis of how it emerges from relations, and cannot be explained by hypothetical constructs such as cognitive maps, personality formation mechanisms, drives, traits and preconceived motivational forces.

Radical Behaviorism and Cultural Analysis will be of interest to psychology researchers and students interested in the theoretical foundations of behavior analysis, as well as to social scientists and policy makers from other areas interested in how behavior analysis can be used to study complex social interactions and how it can be applied to build a more fair and sustainable society through cultural planning and the development of prosocial behavior.

Kester Carrara holds a Productivity Fellowship from the CNPq (Brazilian National Research Council). He has been the general Portuguese language editor for the Acta Comportamentalia periodical and is an associate professor (III) at the Psychology Department of the Faculty of Sciences at the Bauru campus of the São Paulo State University (Unesp) in the State of São Paulo, Brazil. He holds a Masters degree from the Pontifical Catholic University of São Paulo (1981) a Ph.D., from Unesp (1996) and post-doctoral qualification (Livre docência) from the same university (2003). He has also taught undergraduate and graduate courses in Education and in Philosophy in Unesp’s Faculty of Philosophy at the University’s Marília campus. He has had various articles published in prestigious periodicals and has written books and chapters of books. He is a frequent reference in the Editora Unesp’s Behaviorismo Radical: crítica e metacrítica (Radical Behaviorism: criticism and metacriticism). He has tutored various undergraduate research projects and students taking Masters, Ph.D. and post Ph.D. courses in the areas of Education and Philosophy. Currently he is a researcher and a teacher/tutor in the Graduate program in the Psychology of Learning and Development  certified by the Brazilian National Coordinating Body for Training University-Level Personnel (Coordenação de Aperfeiçoamento de Pessoal de Nível Superior - Capes). He was the program’s first coordinator in the period 2005 to 2007. Since 1974 he has been participating in research projects in the area of Psychology especially with a Behavior Analysis approach. In his current activities priority is given to History, Theories and Systems in Psychology, the Epistemology of Radical Behaviorism and the Behavior Analysis of Culture. In the aspect of academic administration he has been a member of various councils and committees and head of the teaching department on several occasions. From 2000 to 2003 he was Director General of the Faculty of Philosophy and Sciences at Unesp’s Marília campus and on August 17, 2015 he was awarded an Honorary and Lifelong Accreditation Certificate by the Brazilian Association of Psychotherapy and Behavioral Medicine for his “contributions to the development of Behavior Analysis in research, teaching and application and for making the area better-known in Brazil” (Certificate  No 021/2015).