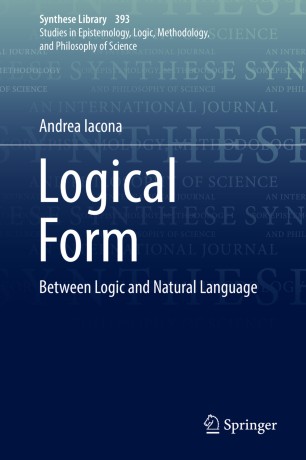 Between Logic and Natural Language

Logical form has always been a prime concern for philosophers belonging to the analytic tradition. For at least one century, the study of logical form has been widely adopted as a method of investigation, relying on its capacity to reveal the structure of thoughts or the constitution of facts. This book focuses on the very idea of logical form, which is directly relevant to any principled reflection on that method. Its central thesis is that there is no such thing as a correct answer to the question of what is logical form: two significantly different notions of logical form are needed to fulfill two major theoretical roles that pertain respectively to logic and to semantics. This thesis has a negative and a positive side. The negative side is that a deeply rooted presumption about logical form turns out to be overly optimistic: there is no unique notion of logical form that can play both roles. The positive side is that the distinction between two notions of logical form, once properly spelled out, sheds light on some fundamental issues concerning the relation between logic and language.