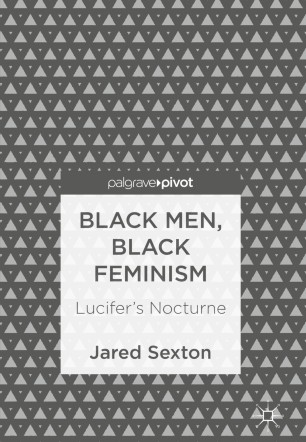 A brief commentary on the necessity and the impossibility of black men’s participation in the development of black feminist theory and politics, Black Men, Black Feminism examines the basic assumptions that have guided—and misguided—black men’s efforts to take up black feminism.

Offering a rejoinder to the contemporary study of black men and masculinity in the twenty-first century, Jared Sexton interrogates some of the most common intellectual postures of black men writing about black feminism, ultimately departing from the prevailing discourse on progressive black masculinities. Sexton examines, by contrast, black men’s critical and creative work—from Charles Burnett’s Killer of Sheep to Jordan Peele’s Get Out— to describe the cultural logic that provides a limited moral impetus to the quest for black male feminism and that might, if reconfigured, prompt an ethical response of an entirely different order.