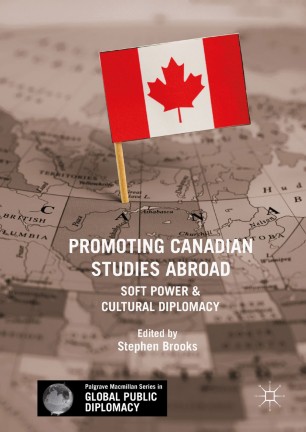 This volume examines the history and current state of Canadian studies in a number of countries and regions across the world, including Canada's major trading partners. From the mid-1980s until 2012, Canadian studies was seen as an important tool of soft power, increasing awareness of Canadian culture, institutions and history. The abrupt termination in 2012 of the Canadian government's financial support for these activities triggered a debate that is still ongoing about the benefits that may have flowed from this support and whether the decision should be reversed. The contributors to this book focus on the process whereby Canadian studies became institutionalized in their respective countries and on the balance between what might be described as Canadian studies for its own sake versus Canadian studies as a deliberate instrument of cultural diplomacy.
Stephen Brooks is Professor of Political Science at University of Windsor, Canada, and Occasional Lecturer at Sciences Po Lille, France.

Stephen Brooks is Professor of Political Science at University of Windsor, Canada, and Occasional Lecturer at Sciences Po Lille, France.

“This is an important book on Canadian Studies globally. Canada may be analyzed from different perspectives: as a North American nation (Canada-US comparison), an extension of European cultures and traditions (English and French Dualism), and a creator of original policies (such as bilingualism, federalism, multiculturalism, middle-power diplomacy). While the Canadian government's 2012 decision to end funding for Canadian Studies abroad was regrettable and not without consequences, Brooks and his colleagues show that the maturity of these Canadian studies communities has enabled them to survive this setback.” (Hiroaki Kato, Daito Bunka University, Tokyo, and Past President of the Japanese Association for Canadian Studies)