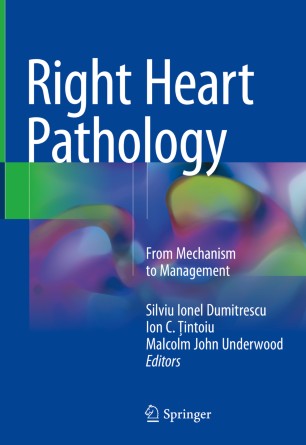 From Mechanism to Management

This book reviews the management of right heart diseases, incorporating etiology, physiopathology, prevention, diagnosis and treatment. The frequency of this pathology has increased in recent years, while techniques for its treatment have evolved. This book therefore represents a complete, detailed and updated presentation of this pathology, reviewing the expanded treatment options while considering the management of patients in detail.

Right Heart Pathology: From Mechanism to Management provides a comprehensive insight into right heart pathology, current diagnostic methods, treatments and postsurgical management. Written by experienced cardiologists and cardiovascular surgeons who have addressed significant issues in this topic area, it represents the essential reference in this specialty.

Ion C. Țintoiu, MD, PhD, FESC is a Professor of Cardiology and teaches at ”Titu Maiorescu University” Faculty of Medicine, Bucharest. He is further affiliated with “Vasile Candea’ Heart Center of the Army –CCA (1991- present), Faculty of Medicine, Carol Davila University of Medicine and Pharmacy, Bucharest. He is the author and co-author of 12 specialized monographs, 421 papers from multiple medical specialties, and a member of the editorial board of 10 cardiology journals. In addition he is a member of numerous doctoral committees and consultant certification exams and supervise specialized training for resident doctors.