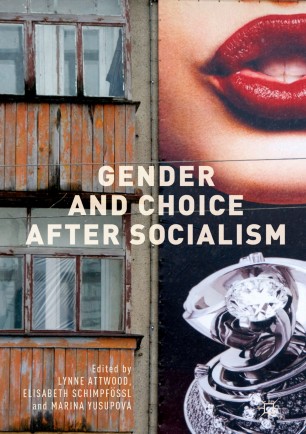 Gender and Choice after Socialism

The end of socialism in the Soviet Union and its satellite states ushered in a new era of choice. Yet the idea that people are really free to live as they choose turns out to be problematic.  Personal choice is limited by a range of factors such as a person’s economic situation, class, age, government policies and social expectations, especially regarding  gender roles. Furthermore, the notion of free choice is a crucial feature of capitalist ideology, and can be manipulated in the interests of the market. This edited collection explores the complexity of choice in Russia and Ukraine. The contributors explore how the new choices available to people after the collapse of the Soviet Union have interacted with and influenced gender identities and gender, and how choice has become one of the driving forces of class-formation in countries which were, in the Soviet era, supposedly classless.

The book will of interest to students and scholars across a range of subjects including gender and sexualities studies, history, sociology and political science.