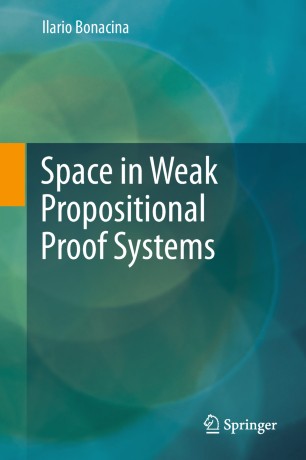 This book considers logical proof systems from the point of view of their space complexity. After an introduction to propositional proof complexity the author structures the book into three main parts. Part I contains two chapters on resolution, one containing results already known in the literature before this work and one focused on space in resolution, and the author then moves on to polynomial calculus and its space complexity with a focus on the combinatorial technique to prove monomial space lower bounds. The first chapter in Part II addresses the proof complexity and space complexity of the pigeon principles. Then there is an interlude on a new type of game, defined on bipartite graphs, essentially independent from the rest of the book, collecting some results on graph theory. Finally Part III analyzes the size of resolution proofs in connection with the Strong Exponential Time Hypothesis (SETH) in complexity theory.
The book is appropriate for researchers in theoretical computer science, in particular computational complexity.