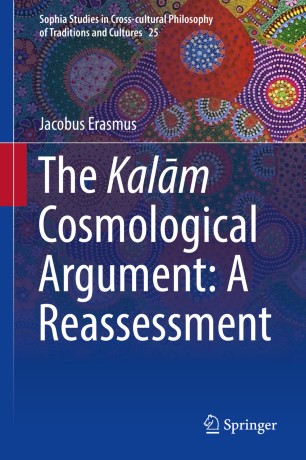 The Kalām Cosmological Argument: A Reassessment

Part of the Sophia Studies in Cross-cultural Philosophy of Traditions and Cultures book series (SCPT, volume 25)

This book offers a discussion of the kalām cosmological argument, and presents a defence of a version of that argument after critically evaluating three of the most important versions of the argument. It argues that, since the versions of the kalām cosmological argument defended by Philoponus (c. 490–c. 570), al-Ghazālī (1058– 1111), and the contemporary philosopher, William Lane Craig, all deny the possibility of the existence of an actual infinite, these arguments are incompatible with Platonism and the view that God foreknows an endless future. This conclusion, however, is not a problem for the proponents of the kalām cosmological argument, for the book shows how the argument can be defended without denying the possibility of the actual infinite.

In order to offer a comprehensive analysis of Philoponus and al-Ghazālī’s cosmological arguments, the book draws on recent English translations of some of their works. Next, the book advances a detailed argument against the popular argument based on the impossibility of an actual infinite. Finally, the book offers a unique defence of the kalām cosmological argument by defending philosophical arguments for a beginning of time that do not deny the actual infinite, evaluating which hypothesis best explains the discoveries of modern cosmology, and offering an argument in support of the premise that, if the universe came into existence, then God brought it into existence.

Jacobus Erasmus is currently a postdoctoral researcher at North-West University, South Africa. He received his PhD in 2016 from North-West University and was awarded the Merit Prize in 2015 by the university’s School of Philosophy for superior performance for his doctoral dissertation. Jacobus Erasmus also holds an Honours Degree in IT and he is a part-time computer scientist and programmer. His main research interests include Natural Theology, Philosophy of Religion, and Metaphysics.