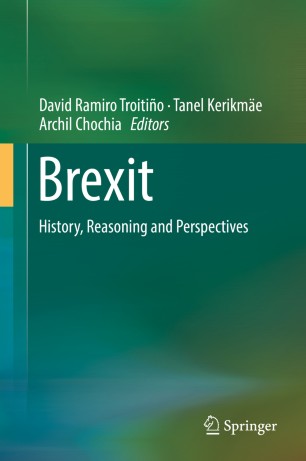 While the discussions among Brexiters mainly focus on the referendum of 2016 or David Cameron’s “great miscalculation” and its repercussions, this book looks at the Brexit as a process that began decades earlier. It analyses EU-UK relations from a new perspective, taking into consideration the historical background, political aspects, and legal and economic matters. The book provides a holistic understanding of the Brexit, approaching the referendum and its outcomes as the culmination of a long process rather than an isolated political event crafted within the corridors of Westminster or Downing Street 10. Accordingly, it addresses a range of thematic issues, historical patterns of political and economic behavior both within and beyond the United Kingdom, and possible future effects on relations between the Union and one of its most important members.