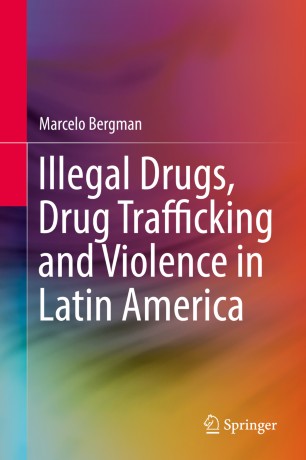 This book describes the main patterns and trends of drug trafficking in Latin America and analyzes its political, economic and social effects on several countries over the last twenty years. Its aim is to provide readers an introductory yet elaborate text on the illegal drug problem in the region. It first seeks to define and measure the problem, and then discusses some of the implications that the growth of production, trafficking, and consumption of illegal drugs had in the economies, in the social fabrics, and in the domestic and international policies of Latin American countries.

This book analyzes the illegal drugs problem from a Latin American perspective. Although there is a large literature and research on drug use and trade in the USA, Canada, Europe and the Far East, little is understood on the impact of narcotics in countries that have supplied a large share of the drugs used worldwide. This work explores how routes into Europe and the USA are developed, why the so-called drug cartels exist in the region, what level of profits illegal drugs generate, how such gains are distributed among producers, traffickers, and dealers and how much they make, why violence spread in certain places but not in others, and which alternative policies were taken to address the growing challenges posed by illegal drugs.

With a strong empirical foundation based on the best available data, Illegal Drugs, Drug Trafficking and Violence in Latin America explains how rackets in the region built highly profitable enterprises transshipping and smuggling drugs northbound and why the large circulation of drugs also produced the emergence of vibrant domestic markets, which doubled the number of drug users in the region the last 10 years. It presents the best available information for 18 countries, and the final two chapters analyze in depth two rather different case studies: Mexico and Argentina.

Marcelo Bergman is a professor and director of the Center for Latin American Studies on Insecurity and Violence (CELIV) at the National University of Tres de Febrero in Argentina. Previously he served as professor and researcher at the Center for Economic Research and Teaching (CIDE) in Mexico (2001-2012) and at the University of Oregon. He holds a PhD in sociology from the University of California, San Diego, and is an expert in Sociology of Law, Criminology, and empirical studies of insecurity and Criminal Justice. He has led a number of projects in data collection and analysis on crime and institutiona

l performance in more than 10 countries of the region, has been an advisor to governmental institutions in Mexico and Argentina and has served as consultant for the United Nations Developing Program (UNDP), the Inter-American Development Bank (IADB) and the World Bank.