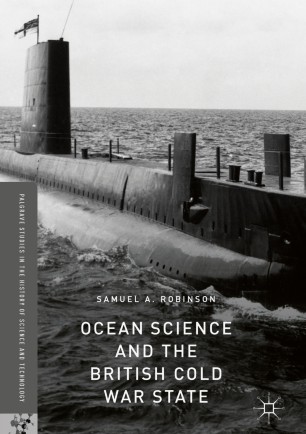 This book focuses on the activities of the scientific staff of the British National Institute of Oceanography during the Cold War. Revealing how issues such as intelligence gathering, environmental surveillance, the identification of ‘enemy science’, along with administrative practice informed and influenced the Institute’s Cold War program. In turn, this program helped shape decisions taken by Government, military and the civil service towards science in post-war Britain. This was not simply a case of government ministers choosing to patronize particular scientists, but a relationship between politics and science that profoundly impacted on the future of ocean science in Britain.

Samuel A. Robinson completed a PhD in the History of Science and Technology at the University of Manchester, UK (2015) and is currently a Postdoctoral Researcher at the University of York, UK, on an AHRC funded project: Unsettling Scientific Stories: Expertise, Narratives, and Future Histories.