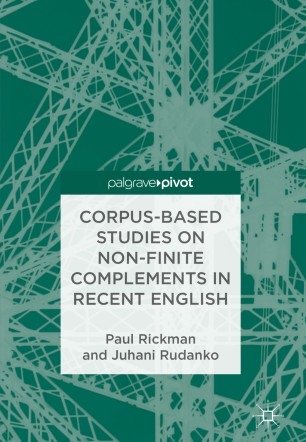 This book showcases fresh research into the underexplored territory of complementation through a detailed analysis of gerunds and ‘to’ infinitives involving control in English. Drawing on large electronic corpora of recent English, it examines subject control in adjectival predicate constructions with ‘scared’, ‘terrified’ and ‘afraid’, moving on to a study of object control with the verbal predicate ‘warn’. In each chapter a case study is presented of a matrix adjective that selects both infinitival and gerundial complements, and a central theme is the application of the Choice Principle as a novel factor bearing on complement selection. The authors argue that it is helpful to view the patterns in question as constructions, as combinations of form and meaning, within the system of English predicate complementation, and convincingly demonstrate how a new gerundial pattern has emerged and spread in the course of the last two centuries. This book will appeal to scholars of semantics, corpus linguistics, and historical linguistics as well as those with an interest in variation and change in recent English more generally.