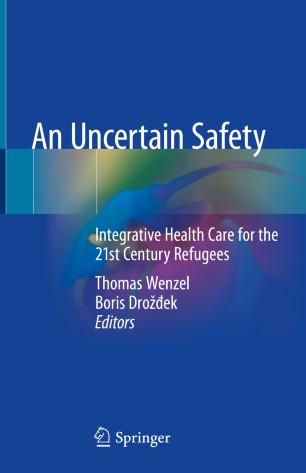 This book addresses the psychosocial and medical issues of forced migration due to war, major disasters and political as well as climate changes, in the context of public health and linked to organizational, legal and practical strategies that can offer guidance to professionals, as well as governmental and non-governmental organizations. Both internal and international displacement present substantial challenges that require new solutions and integrated approaches.

The book was developed in collaboration with the World Psychiatric Association.

Thomas Wenzel, MD, is a Psychiatrist and Psychotherapist, and Professor of Psychiatry at the Medical University of Vienna, Austria, working with refugees, and victims of torture and other violent crimes since 1986. He is co-founder of the Hemayat and Wellcome treatment centers  for torture survivors, in Vienna, of the transcultural out-patient department at his University, co-founder and past chair of the World Psychiatric Association scientific section on Psychological Aspects of Persecution and Torture, past medical director of the IRCT (International Rehabilitation Council for Torture Victims), served as Secretary General of the International Academy of Law and Mental Health, and is presently chair of the working groups on refugees and pluricultural therapies of the European Association for Psychotherapy and the World Council for Psychotherapy. International research, publications and teaching, especially in the UN Istanbul-protocol and transcultural medicine, and scientific coordination of several EU projects related to stress, trauma and resilience.

Boris Drožđek, MD, PhD is a psychiatrist and psychotherapist with over 25 years of experience in treating victims of war and political violence. He is currently associated with PsyQ/Parnassia group, Netherlands. In addition, he works in his private practice De Hemisfeer and is the international director of the Summer School of Psychotrauma in Dubrovnik, Croatia. Dr. Drožđek publishes in the fields of psychotraumatology and transcultural psychiatry, and teaches and gives training and workshops on a regular basis worldwide. Together with John P. Wilson he has edited the books Broken Spirits: The Treatment of Traumatized Asylum Seekers and Refugees, War and Torture Victims (Brunner-Routledge, New York, 2004) and Voices of Trauma: Treating Survivors across Cultures (Springer, New York, 2007). He is the former board member of NtVP (The Dutch Psychotrauma Society), IRCT (International Rehabilitation Council for Torture Victims) Executive Committee member, and currently a board member of the ISHHR (International Society for Health and Human Rights).

“Wenzel (Medical Univ. of Austria) and Drozdek (Summer School of Psychotrauma, Croatia) have edited a collection to assess the global phenomenon of refugees from a health and well-being perspective. They tackle the psychological, legal, and social experiences of the refugees and the host country through a multidisciplinary framework. … Summing Up: Recommended. Advanced undergraduates through faculty and professionals.” (H. Holt, Choice, Vol. 56 (9), May, 2019)
Buy options