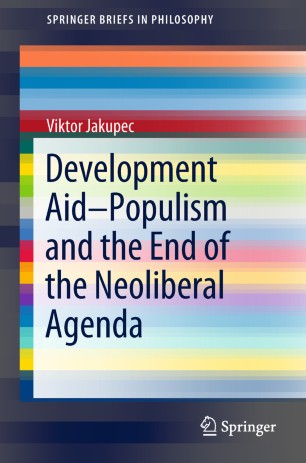 Development Aid—Populism and the End of the Neoliberal Agenda

This volume examines the impact of the Trump presidency on development aid. It starts out by describing the rise of national populism, the political landscape and the reasons for rejection of the political establishment, both under Trump and internationally. Next, it gives a historical-political overview of development aid in the post WW-II era and discusses the dominant Washington Consensus doctrine and its failure. It then provides a critique of the Official Development Assistance (ODA) discourse and reviews the political economy of ODA, the discourse, and the conditionalities that are barriers to socio-economic development. The final chapters explore the question of Trumponomics as an alternative to the global neoliberal ODA, and the potential impact of Trumponomics’ on ODA. The book concludes with thoughts on the potential future directions for ODA within the ‘ideals’ of Trumponomics and national populism.