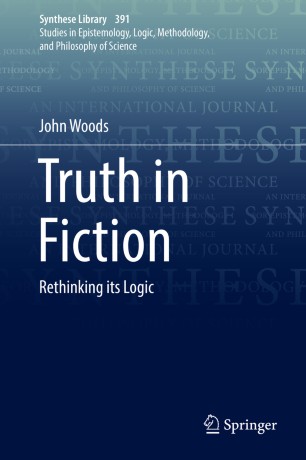 It is argued that the most semantically distinctive feature of the sentences of fiction is that they are unambiguously true and false together. It is true that Sherlock Holmes lived at 221B Baker Street and also concurrently false that he did. A second distinctive feature of fiction is that the reader at large knows of this inconsistency and isn’t in the least cognitively molested by it. Why, it is asked, would this be so? What would explain it?

Two answers are developed. According to the no-contradiction thesis, the semantically tangled sentences of fiction are indeed logically inconsistent but not logically contradictory. According to the no-bother thesis, if the inconsistencies of fiction were contradictory, a properly contrived logic for the rational management of inconsistency would explain why readers at large are not thrown off cognitive stride by their embrace of those contradictions. As developed here, the account of fiction suggests the presence of an underlying three - or four-valued dialethic logic. The author shows this to be a mistaken impression. There are only two truth-values in his logic of fiction.

The naturalized logic of Truth in Fiction jettisons some of the standard assumptions and analytical tools of contemporary philosophy, chiefly because the neurotypical linguistic and cognitive behaviour of humanity at large is at variance with them. Using the resources of a causal response epistemology in tandem with the naturalized logic, the theory produced here is data-driven, empirically sensitive, and open to a circumspect collaboration with the empirical sciences of language and cognition.

The UBC Honorary Professor of Logic and Director of The Abductive Systems Group. Fellow of the Royal Society of Canada. Author of The Logic of Fiction (1974), Fallacies: Selected Papers 1972-1982 (with Douglas Walton in 1989). Author of Paradox and Paraconsistency (2003) and, with Dov Gabbay, of Agenda Relevance (2003) and The Reach of Abduction (2005). Author of the Death of Argument (2004), Aristotle’s Earlier Logic (2001), Errors of Reasoning: Naturalizing the Logic of Inference (2013) and Is Legal Reasoning Irrational? An Introduction to the Epistemology of Law (2015).

“The book should be read by anyone interested in philosophical issues related to literary discourse. It deserves to be widely read and discussed, for it raises important issues on reference, meaning, truth and logic in general as well as specific considerations surrounding the ontology, epistemology and semantics of fictions. And it is a pleasure to read. … The book also has an impressive and comprehensive bibliography.” (Jean-Pierre Marquis, Mathematical Reviews, October, 2020)
“Woods is a very good writer, opinionated also about the words he uses: choosing, say, 'impalpable' for abstract, 'site' for world, or labels like 'no spine-no readers' views, or 'command and control epistemology'. This makes the book an enjoyable read. I unhesitatingly recommend it to readers interested in these topics … .” (Manuel García-Carpintero, Notre Dame Philosophical Reviews, ndpr.nd.edu, September, 2018)
Buy options