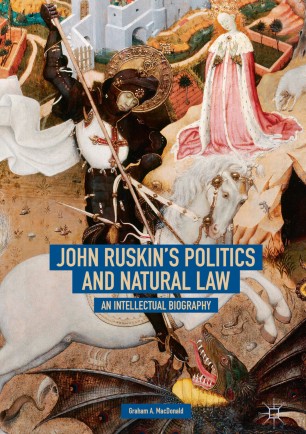 This book offers new perspectives on the origins and development of John Ruskin’s political thought. Graham A. MacDonald traces the influence of late medieval and pre-Enlightenment thought in Ruskin’s writing, reintroducing readers to Ruskin’s politics as shaped through his engagement with concepts of natural law, legal rights, labour and welfare organization. From Ruskin’s youthful studies of geology and chemistry to his back-to-the-land project, the Guild of St. George, he emerges as a complex political thinker, a reformer—and what we would recognize today as an environmentalist. John Ruskin’s Politics and Natural Law is a nuanced reappraisal of neglected areas of Ruskin’s thought.