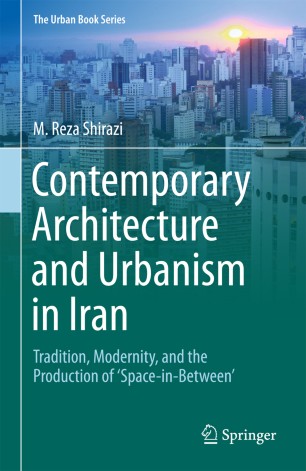 Contemporary Architecture and Urbanism in Iran

Tradition, Modernity, and the Production of 'Space-in-Between'

This book presents an in-depth critical analysis of the internationally recognized, place-specific works of three Iranian architects (Nader Ardalan, Kamran Diba and Hossein Amanat) during the 60s and 70s, and their significant contribution to the emerging anti-modernist discourse.
It argues that from the mid-19th century onwards architecture and urban design in Iran has been oscillated between two extremes of modernity and tradition. Drawing on the theory of ‘critical regionalism’ (Kenneth Frampton), the book critically analyses writings and works of the above-mentioned architects and contends that they created a ‘space-in-between’ which unified two extremes of tradition and modernity in a creative way (Khalq-i Jadid: New Creation). The book also contains three in-depth interviews with architects to discuss their singular narrative of the creation of ‘in-between’. A concluding chapter addresses the promises of critical regionalist architecture and urban design in post-Revolutionary Iran as well as the Middle East, where the dichotomy of tradition and modernity is yet a valid account.

Dr. M. Reza Shirazi is a Senior Research Fellow at the School of the Built Environment, Oxford Brookes University, and currently a Marie Skłodowska-Curie Global Fellow at the Institute of Urban and Regional Development (IURD), UC Berkeley.