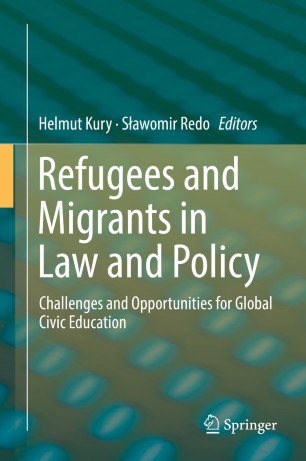 Refugees and migration are not a new story in the history of humankind, but in the last few years, against a backdrop of huge numbers of migrants, especially from war-torn countries, they have again been a topic of intensive and contentious discussion in politics, the media and scientific publications. Two United Nations framework declarations on the sustainable development goals and on refugees and migrants adopted in 2016 have prompted the editors – who have a background in international criminology – to invite 60 contributors from different countries to contribute their expertise on civic education aspects of the refugee and migrant crisis in the Global North and South. Comprising 35 articles, this book presents an overview of the interdisciplinary issues involved in irregular migration around the world. It is intended for educationists, educators, diplomats, those working in mass media, decision-makers, criminologists and other specialists faced with questions involving refugees and migrants as well as those interested in improving the prospects of orderly, safe, regular and responsible migration in the context of promoting peaceful and inclusive societies for sustainable development.

Rather than a timeline for migration policies based on “now”, with states focusing on “stopping migration now”, “sending back migrants now” or “bringing in technicians or low-skilled migrant workers now”, there should be a long-term strategy for multicultural integration and economic assimilation. This book, prefaced by François Crépeau, the United Nations Special Rapporteur on the human rights of migrants, and William Lacy Swing, Director-General of the International Organization for Migration, addresses the question of the rights and responsibilities involved in migration from the academic and practical perspectives of experts in the field of social sciences and welfare, and charts the way forward to 2030 and beyond, and also beyond the paradigm of political correctness.