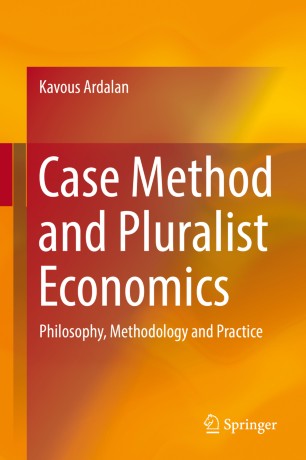 This book discusses the relationship between pluralist economics and the case study method of teaching, advocating the complimentary use of both to advance economics education. Using a multi-paradigmatic philosophical frame of analysis, the book discusses the philosophical, methodological, and practical aspects of the case study method while drawing comparisons with those of the more commonly used lecture method. The book also discusses pluralist economics through the exposition of the philosophical foundations of the extant economics schools of thought, which is the focal point of the attention and admiration of pluralist economics. More specifically, the book discusses the major extant schools of thought in economics – Neo-Classical Economics, New Institutional Economics, Behavioral Economics, Austrian Economics, Post-Keynesian Economics, Institutional Economics, Radical Economics, and Marxist Economics—and emphasizes that these schools of thought in economics are equally scientific and informative, that they look at economic phenomena from their certain paradigmatic viewpoint, and that, together, they provide a more balanced understanding of the economic phenomenon under consideration. Emphasizing paradigmatic diversity as the cornerstone of both the case method and pluralist economics, the book draws the two together and makes an effective case for their combined use.  A rigorous, multi-faceted analysis of the philosophy, methodology, and practice of economics education, this book is important for academicians and students interested in heterodox economics, philosophy, and education.

Kavous Ardalan is a professor of finance at Marist College, Poughkeepsie, New York, U.S.A. He holds Ph.D.s in both Economics and Finance. His research interests are in the theoretical, practical, educational, social, and philosophical aspects of Economics and Finance. He has presented numerous papers in regional, national, and international conferences. His publications have appeared in various academic journals. Some of his research papers have received awards at international conferences, have been regarded very highly by publishers, have been referenced in the “Handbook of Finance” as well as in many journal articles, and have been used as course reading materials at top universities in three different continents.