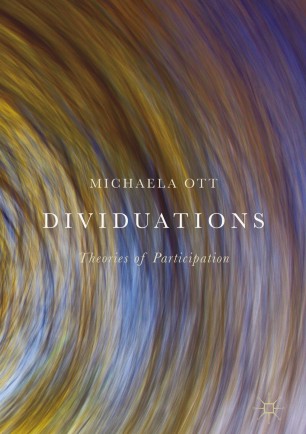 This book offers an epistemological critique of the concept of the individual and of individuality. It argues that because of our bio(techno)logical entanglements with non-human others, billions of microorganisms and our multiple (in)voluntary participations in socio(techno)logical processes, we have to conceive of ourselves no longer as individuals, but as dividuations. This dividual character which enforces simultaneous and multidirectional participations in different spheres is also apt for other living beings, for entities such as the nation state, for single cultures, production processes and works of art. The critique of individuality in the book is also elaborated in critical re-readings of classical philosophical texts from Plato up to today; the new concept of dividuation is a modified and semantically enriched version of certain concepts of the French philosophers Gilbert Simondon and Gilles Deleuze.