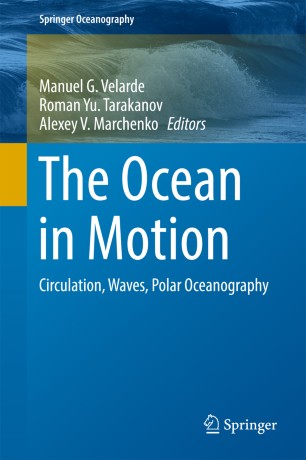 The Ocean in Motion

This book commemorates the 70th birthday of Eugene Morozov, the noted Russian observational oceanographer. It contains many contributions reflecting his fields of interest, including but not limited to tidal internal waves, ocean circulation, deep ocean currents, and Arctic oceanography.

Further contributions investigate the physics of surface waves and their interaction with internal waves.  Here, the focus is on describing interaction processes between internal waves and deep currents in the ocean, especially currents of Antarctic Bottom Water in abyssal fractures. They also touch on the problem of oceanic circulation and related processes in fjords, including those occurring under sea ice.

Given its breadth of coverage, the book will appeal to anyone interested in a survey of ocean dynamics, ranging from historic perspectives to modern research topics.