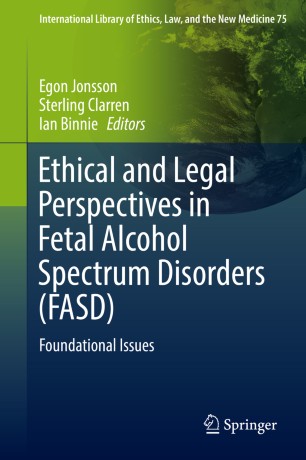 Part of the International Library of Ethics, Law, and the New Medicine book series (LIME, volume 75)

This book discusses how to deal ethically with people with Fetal Alcohol Spectrum Disorder (FASD) in the police, courts and correctional services. Ethical and legal issues associated with the deficits of individuals with a brain disorders such as FASD are surfacing more and more frequently in criminal proceedings. People with FASD often have not been diagnosed and rarely exhibit any visible evidence of the disorder. It has been argued that this invisible disability puts them in a disadvantaged position in the justice system, since the awareness of this condition is limited. The need to identify and to address FASD more effectively and the many ethical issues this raises within the context of the law is increasingly acknowledged within judicial and legislative branches, as well as in government departments, agencies and community programs that provide services to those with FASD and their caretakers and families. This is the first book to give to elaborate on ethical and legal issues of FASD.