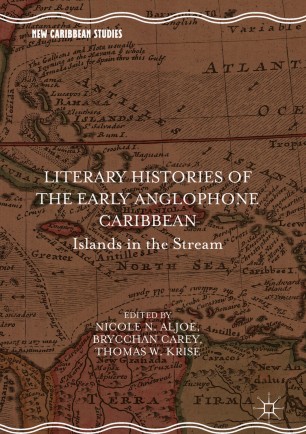 Islands in the Stream

The Caribbean has traditionally been understood as a region that did not develop a significant ‘native’ literary culture until the postcolonial period. Indeed, most literary histories of the Caribbean begin with the texts associated with the independence movements of the early twentieth century.  However, as recent research has shown, although the printing press did not arrive in the Caribbean until 1718, the roots of Caribbean literary history predate its arrival.  This collection contributes to this research by filling a significant gap in literary and historical knowledge with the first collection of essays specifically focused on the literatures of the early Caribbean before 1850.