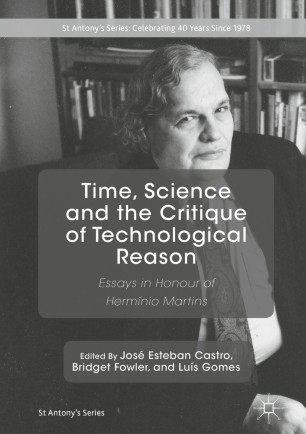 Time, Science and the Critique of Technological Reason

Essays in Honour of Hermínio Martins

This festschrift commemorates the legacy of UK-based Portuguese sociologist Hermínio Martins (1934-2015). It introduces Martins’ wide-ranging contributions to the social sciences, encompassing seminal works in the fields of philosophy and social theory, historical and political sociology, studies of science and technology, and Luso-Brazilian studies, among others. The book features an in-depth interview with Martins, short memoirs, and twelve chapters addressing topics that were central to his intellectual  and political interests. Among those that stand out are his critique of Thomas Kuhn’s theory of scientific revolutions, his work on the significance of time in social theory and the interweaving of techno-scientific developments and socio-cultural transformations, including the impact of communication and digital technologies, and of market-led eugenics. Other themes covered are Martins’ work on patrimonialism and social development in Portugal and Brazil, and his analysis of the state of the social sciences  in Portugal, which reflects his highly critical appraisal of the ongoing marketization andneoliberalization of academic life and institutions worldwide.