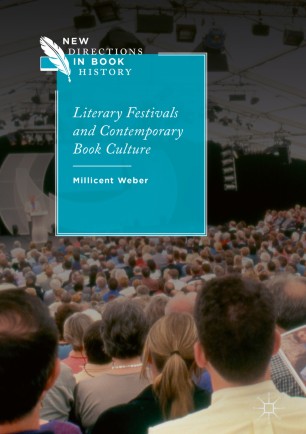 There has been a proliferation of literary festivals in recent decades, with more than 450 held annually in the UK and Australia alone. These festivals operate as tastemakers shaping cultural consumption; as educational and policy projects; as instantiations, representations, and celebrations of literary communities; and as cultural products in their own right. As such they strongly influence how literary culture is produced, circulates and is experienced by readers in the twenty-first century. This book explores how audiences engage with literary festivals, and analyses these festivals’ relationship to local and digital literary communities, to the creative industries focus of contemporary cultural policy, and to the broader literary field. The relationship between literary festivals and these configuring forces is illustrated with in-depth case studies of the Edinburgh International Book Festival, the Port Eliot Festival, the Melbourne Writers Festival, the Emerging Writers’ Festival, and the Clunes Booktown Festival. Building on interviews with audiences and staff, contextualised by a large-scale online survey of literary festival audiences from around the world, this book investigates these festivals’ social, cultural, commercial, and political operation. In doing so, this book critically orients scholarly investigation of literary festivals with respect to the complex and contested terrain of contemporary book culture.