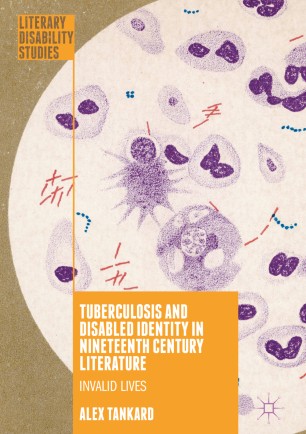 Until the nineteenth century, consumptives were depicted as sensitive, angelic beings whose purpose was to die beautifully and set an example of pious suffering – while, in reality, many people with tuberculosis faced unemployment, destitution, and an unlovely death in the workhouse. Focusing on the period 1821-1912, in which modern ideas about disease, disability, and eugenics emerged to challenge Romanticism and sentimentality, Invalid Lives examines representations of nineteenth-century consumptives as disabled people. Letters, self-help books, eugenic propaganda, and press interviews with consumptive artists suggest that people with tuberculosis were disabled as much by oppressive social structures and cultural stereotypes as by the illness itself. Invalid Lives asks whether disruptive consumptive characters in Wuthering Heights, Jude the Obscure, The Idiot, and Beatrice Harraden’s 1893 New Woman novel Ships That Pass in the Night represented critical, politicised models of disabled identity (and disabled masculinity) decades before the modern disability movement.