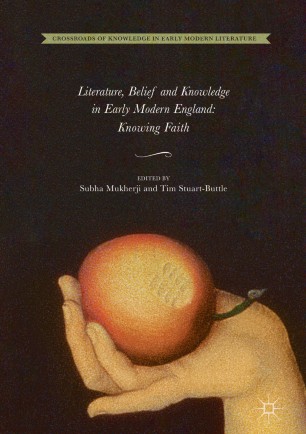 The primary aim of Knowing Faith is to uncover the intervention of literary texts and approaches in a wider conversation about religious knowledge: why we need it, how to get there, where to stop, and how to recognise it once it has been attained. Its relative freedom from specialised disciplinary investments allows a literary lens to bring into focus the relatively elusive strands of thinking about belief, knowledge and salvation, probing the particulars of affect implicit in the generalities of doctrine. The essays in this volume collectively probe the dynamic between literary form, religious faith and the process, psychology and ethics of knowing in early modern England. Addressing both the poetics of theological texts and literary treatments of theological matter, they stretch from the Reformation to the early Enlightenment, and  cover a variety of themes ranging across religious hermeneutics, rhetoric and controversy, the role of the senses, and the entanglement of justice, ethics and practical theology.

The book should appeal to scholars of early modern literature and culture, theologians and historians of religion, and general readers with a broad interest in Renaissance cultures of knowing.