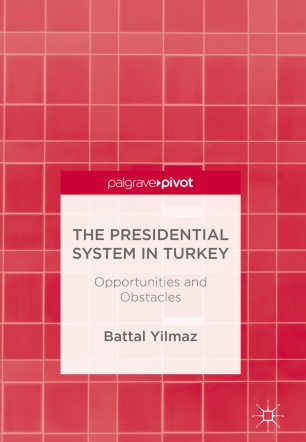 The Presidential System in Turkey

This book explores the opportunities and obstacles to a presidential system in Turkey as proposed by the Justice and Development Party (AK Party). Since the formation of Turkey's parliamentary system in 1909, there have been many attempts to replace it with an elected executive branch. After the referendum for constitutional amendment to elect the president by the people in 2007 and the elections of 2014, these discussions have increased in intensity. The author explores these debates chronologically and discusses the broader theoretical framework of these different government systems. He also adds a comparative analysis of elections and democratic transition between Turkey, Tunisia, and Egypt.