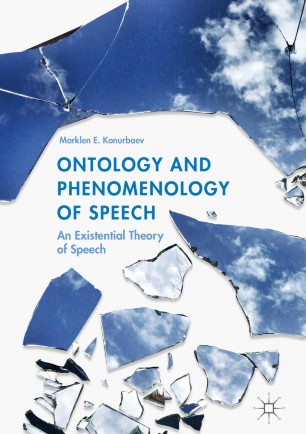 Ontology and Phenomenology of Speech

An Existential Theory of Speech

This book applies phenomenological methodology to examine the transformations of messages as they pass from the world of the mind to the linear world of human speech, and then back again. Rapid development of linguistic science in the second half of the 20th century and cognitive science in the beginning of the 21st century has brought us through various stages of natural human language analysis and comprehension – from deep structures, transformational grammar and behaviorism to cognitive linguistics, theory of encapsulation, and mentalism. Thus drawing upon new developments in cognitive science, philosophy and hermeneutics, the author reveals how to observe the real meaning lurking behind the spoken word and as a result, how to act more rationally. Applying methodology introduced by Edmund Husserl and developed by Martin Heidegger, the author examines how to see the ‘living’ and dynamic essence of speech hidden in the world of linear linguistic strings and casual utterances. This uniquely researched work will be a valuable resource for students and scholars of cognitive stylistic, pragmatics and the psychology of speech.

Marklen E. Konurbaev is Professor of Philology in the department of English Linguistics at Moscow State University, Russia. His research specialises in the use of English in modern and historical speaking environments, including political and public discourse. His previous publications include The Style and Timbre of English Speech and Literature (Palgrave Macmillan, 2015).

“The author writes in an appealingly readable, engaging style; even so, the subject matter makes this volume best suited for advanced scholars of the psychology of language … . Summing Up: Recommended. Graduate students and above.” (C. M. DiFranco, Choice, Vol. 56 (7), March, 2019)
Buy options