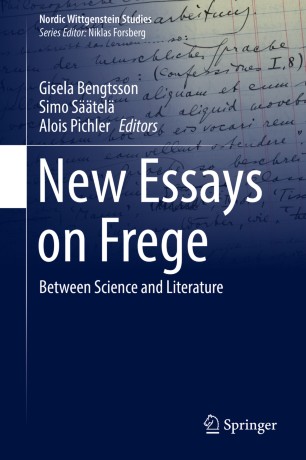 Between Science and Literature

This volume collects nine essays that investigate the work of Gottlob Frege. The contributors address Frege’s work in relation to literature and fiction (Dichtung), the humanities (Geisteswissenschaften), and science (Wissenschaft). Overall, the essays consider internal connections between different aspects of Frege’s work while acknowledging the importance of its philosophical context.

There are also further common strands between the papers, such as the relation between Frege’s and Wittgenstein’s approaches to philosophical investigations, the relation between Frege and Kant, and the place of Frege’s work in the philosophical landscape more generally. The volume is therefore of direct relevance to several current debates in philosophy in general, in addition to Frege and Wittgenstein research in particular.

Even though Frege’s great significance for contemporary philosophy is not disputed, the question of how we are to understand the character and aims of his project is debated. The debate has a starting point in Frege’s specific conception of logic. The volume elucidates this conception as well as the relation between natural language and the Begriffsschrift. It will help philosophers, researchers, and students better understand the nuances of this great thinker. By extension, it will also help readers seeking to understand Wittgenstein’s approach to philosophical difficulties and his struggle to find an apt form of presentation for his philosophical investigations.

Gisela Bengtsson is researcher in Philosophy affiliated to Uppsala University. Her research interests include Wittgenstein’s philosophy, Frege, early analytic philosophy, and philosophy and literature. Since 2017, she is editor of The Nordic Wittgenstein Review.

Simo Säätelä is Professor of Philosophy at the University of Bergen. His research interests include Wittgenstein’s philosophy, aesthetics, philosophy of the humanities, and philosophy of mathematics.