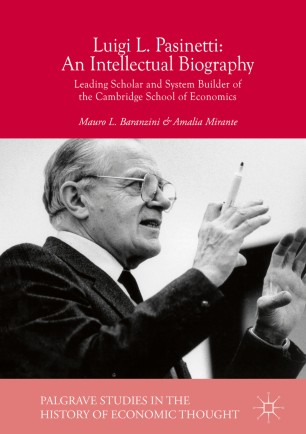 Leading Scholar and System Builder of the Cambridge School of Economics

Luigi L. Pasinetti (born 1930) is arguably the most influential of the second generation of the Cambridge Keynesian School of Economics, both because of his achievements and his early involvement with the direct pupils of John Maynard Keynes. This comprehensive intellectual biography traces his research from his early groundbreaking contribution in the field of structural economic dynamics to the ‘Pasinetti Theorem’. With scientific outputs spanning more than six decades (1955–2017), Baranzini and Mirante analyse the impact of his research work and roles at Cambridge, the Catholic University of Milan and at the new University of Lugano. Pasinetti’s whole scientific life has been driven by the desire to provide new frameworks to explain the mechanisms of modern economic systems, and this book assesses how far this has been achieved.