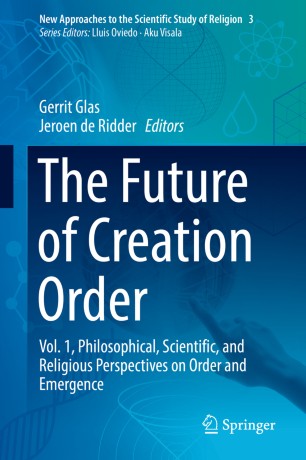 The Future of Creation Order

Vol. 1, Philosophical, Scientific, and Religious Perspectives on Order and Emergence

Part of the New Approaches to the Scientific Study of Religion book series (NASR, volume 3)

This work provides an overview of attempts to assess the current condition of the concept of creation order within reformational philosophy compared to other perspectives. Focusing on the natural and life sciences, and theology, this first volume of two examines the arguments for and against the beauty, coherence and order shown in the natural world being related to the will or nature of a Creator. It examines the decay of a Deist universe, and the idea of the pre-givenness of norms, laws and structures as challenged by evolutionary theory and social philosophy. It describes the different responses to the collapse of order: that given by Christian philosophy scholars who still argue for the idea of a pre-given world order, and that of other scholars who see this idea of stable creation order and/or natural law as redundant and in need of a thorough rethinking. It studies the particular role that reformational philosophy has played in the discussion. It shows how, ever since its inception, almost a century ago, the concepts of order and law (principle, structure) have been at the heart of this philosophy, and that one way to characterise this tradition is as a philosophy of creation order. Reformational philosophers have maintained the notion of law as ‘holding’ for reality. This book discusses the questions that have arisen about the nature of such law: is it a religious or philosophical concept; does law just mean ‘orderliness’? How does it relate to laws of nature? Have they always existed or do they ‘emerge’ during the process of evolution?

Gerrit Glas MD PhD is psychiatrist and philosopher and holds the Dooyeweerd Chair for Christian philosophy at Vrije Universiteit Amsterdam. His main interests are at the interfaces between psychiatry, philosophy, neuroscience, ethics and society. In 1993 he won the Van Helsdingen award for philosophy and psychiatry. He is editor-in-chief of Philosophia Reformata and a member of the board of the Abraham Kuyper Center for Science and the Big Questions at Vrije Universiteit Amsterdam.

Jeroen de Ridder PhD is Associate Professor of Philosophy at Vrije Universiteit Amsterdam. His research focuses on social epistemology, philosophy of science, and philosophy of religion. In 2010, he was awarded a Veni research grant by the Netherlands Organization for Scientific Research (NWO) for a project on the epistemic effects of the commercialization of science. In 2015, he received a Vidi research grant from NWO for a project on the epistemology of liberal democracy. He is managing editor of Philosophia Reformata and a member of the board of the Abraham Kuyper Center for Science and the Big Questions at Vrije Universiteit Amsterdam.