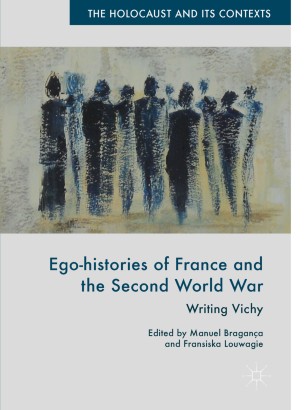 Ego-histories of France and the Second World War

This volume gathers the intellectual autobiographies of fourteen leading scholars in the fields of history, literature, film and cultural studies who have dedicated a considerable part of their career to researching the history and memories of France during the Second World War. Contributors include Margaret Atack, Marc Dambre, Laurent Douzou, Hilary Footitt, Robert Gildea, Richard J. Golsan, Bertram M. Gordon, Christopher Lloyd, Colin Nettelbeck, Denis Peschanski, Renée Poznanski, Henry Rousso, Peter Tame, and Susan Rubin Suleiman. Based in five different countries, these scholars have played a crucial role in shaping and reshaping what has become a thought-provoking field of research. This volume, which also includes an interview with historian Robert O. Paxton, clarifies the rationales and driving forces behind their work and thus behind our current understanding of one of the darkest and most vividly remembered pages of history in contemporary France.

Manuel Bragança is Assistant Professor in French Studies in the School of Languages, Cultures and Linguistics at University College Dublin, Ireland, where he is also a member of the Centre for War Studies and of the Humanities Institute. His research interests focus on the historiography and memories of the Second World War in France and Europe. He is an editor of the online research platform H-France and an assistant editor of the journal Open Cultural Studies.
Fransiska Louwagie is Lecturer in French Studies in the School of Arts at the University of Leicester, UK, where she is also affiliated with the Stanley Burton Centre for Holocaust and Genocide Studies. Her main research focus is on Holocaust testimony and post-Holocaust literature in French. She has co-edited, with Anny Dayan Rosenman, Un ciel de sang et de cendres. Piotr Rawicz et la solitude du témoin (2013) and, with Kirsten Malmkjær and Adriana Serban, Key Cultural Texts in Translation (2018).