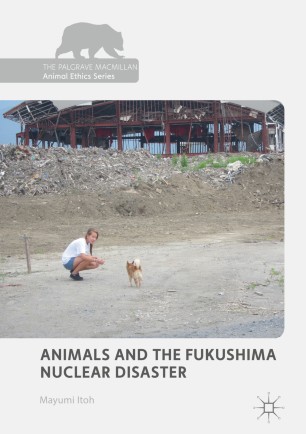 Animals and the Fukushima Nuclear Disaster

This book is the first comprehensive, in-depth English language study of the animals that were left behind in the exclusion zone in the wake of the nuclear meltdown of three of the four reactors at the Fukushima Daiichi Nuclear Power Station in March 2011, triggered by the Great East Japan Earthquake of magnitude 9.0.The Japanese government designated an area of 20-kilometer radius from the nuclear power station as an exclusion zone and evacuated one hundred thousand residents, but left companion animals and livestock animals behind in the radioactive area. Consequently, about 90 percent of the animals in the exclusion zone died. This book juxtaposes policies of the Japanese government toward the animals in Fukushima with the actions of grassroots volunteer animal rescue groups that filled the void of the government.

Mayumi Itoh is a former Professor of Political Science at the University of Nevada, Las Vegas, USA.  She has also taught at Princeton University and Queens College, City University of New York , and has written numerous books, including Globalization of Japan (1998), The Hatoyama Dynasty (2003), Japanese Wartime Zoo Policy (2010), The Making of China’s Peace with Japan (2017), and The Japanese Culture of Mourning Whales (forthcoming 2018).