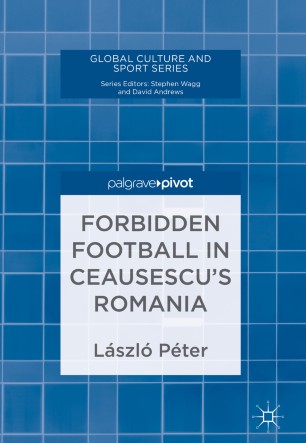 This book presents an ethnographic description and sociological interpretation of the ‘football gatherings’ that evolved out of central Romania in the late twentieth century. In the 1980's, Romanian public television did not broadcast football mega-events for economic and political reasons. In response, masses of people would leave their homes and travel into the mountains to pick-up the TV broadcast from neighbouring countries. The phenomenon grew into a social institution with a penetrating force: it produced an alternative social space and a dissident public that pointed to a form of resistance taking place through football.

Forbidden Football in Ceausescu’s Romania provides an insight into the everyday life under the pressure of dictatorship and, through the special patterns of sports consumption, it tells a social history through small individual stories related to football.

László Péter is Associate Professor at Babes-Bolyai University, Cluj. His areas of research include the sociology of sport and social problems.