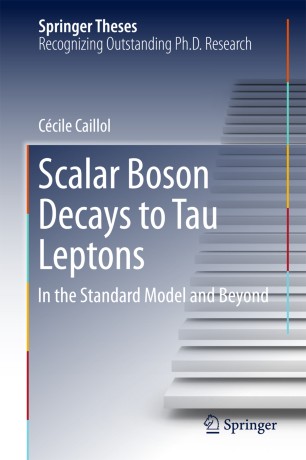 in the Standard Model and Beyond

This thesis presents a study of the scalar sector in the standard model (SM), as well as various searches for an extended scalar sector in theories beyond the SM (BSM). The first part of the thesis details the search for an SM Higgs boson decaying to taus, and produced by gluon fusion, vector boson fusion, or associated production with a vector boson, leading to evidence for decays of the Higgs boson to taus. In turn, the second part highlights several searches for an extended scalar sector, with scalar boson decays to taus. In all of the analyses presented, at least one scalar boson decays to a pair of taus. The results draw on data collected by the Compact Muon Solenoid (CMS) detector during proton–proton collisions with a center-of-mass energy of 7 or 8 TeV.