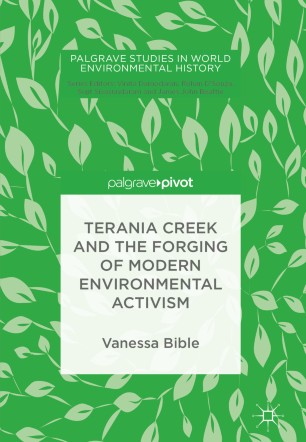 Terania Creek and the Forging of Modern Environmental Activism

This book tells the story of Terania Creek – the world’s first direct action blockade in defence of a forest, occurring in Australia in 1979. Contrary to claims that the Australian counterculture was a mere imitation of overseas models, the Australian movement, coalescing with a home-grown environment movement, came of age at Terania Creek. After five years of ‘polite’ campaigning failed to stop the logging of ancient Gondwanan rainforest, an organic and spontaneous blockade erupted that would see the forging of a number of ingenious blockading techniques and strategies. The activist repertoire developed at Terania Creek has since echoed across the country, and across the Earth. This book draws on extensive oral history interviews as well as photographs taken of the protest in 1979; such rich source material brings the story to life. Terania Creek and the Forging of Modern Environmental Activism will therefore appeal to both a scholarly audience as well as activists, practitioners, and counterculturalists.