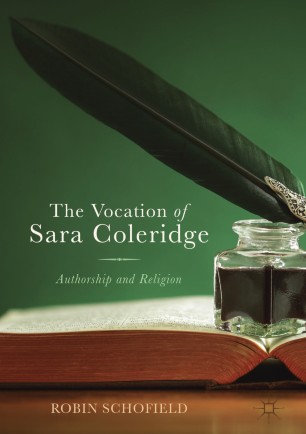 The Vocation of Sara Coleridge

This book presents a fundamental reassessment of Sara Coleridge. It examines her achievements as an author in the public sphere, and celebrates her interventions in what was a masculine genre of religious polemics. Sara Coleridge the religious author was the peer of such major figures as John Henry Newman and F. D. Maurice, and recognized as such by contemporaries. Her strategic negotiations with conventions of gender and authorship were subtle and successful. In this rediscovery of Sara Coleridge the author revises perspectives upon her literary relationship with Samuel Taylor Coleridge. Far from sacrificing her opportunities in service of her father’s memory, her rationale is to exploit his metaphysics in original religious writings that engage with urgent controversies of her own times. Sara Coleridge critiques the Oxford theology of Newman and his colleagues for authoritarian and elitist tendencies, and for creating a negative culture in religious discourse. In response, she experiments with methodologies of collaborative, dialogic exchange, in which form as much as content will promote liberal, inclusive and productive encounters. She develops this agenda in her major religious work, the unpublished Dialogues on Regeneration (1850–51), which this book examines in its penultimate chapter.