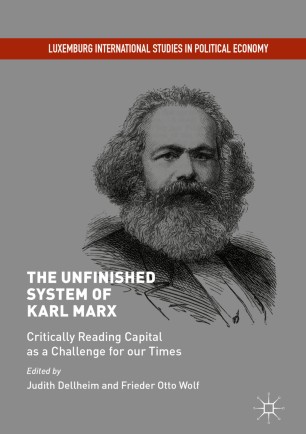 The Unfinished System of Karl Marx

Critically Reading Capital as a Challenge for our Times

This book examines what we can gain from a critical reading of Marx's final manuscript and his conclusion of the "systematic presentation" of his critique, which was the basis for Engels's construction of the third volume of his infamous 'Capital'. The text introduces the reader to a key problem´of Marx's largely implicit epistemology, by exploring the systematic character of his exposition and the difference of this kind of 'systematicity' from Hegelian philosophical system construction. The volume contributes to establishing a new understanding of the critique of political economy, as it has been articulated in various debates since the 1960s - especially in France, Germany, and Italy - and as it had already been initiated by Marx and some of his followers, with Rosa Luxemburg in a key role. All the chapters are transdisciplinary in nature, and explore the modern day relevance of Marx's and Luxemburg's theoretical analysis of the dominance of the capitalist mode of production.