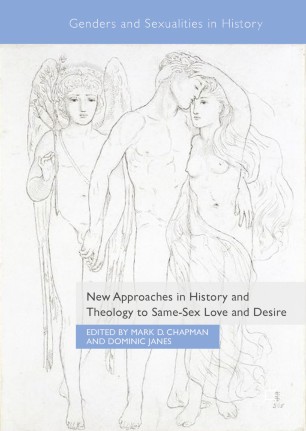 This book offers a range of interdisciplinary evaluations of the history of same-sex relationships in the Church as they have been understood in different periods and contexts. The relationships between diverse forms of religious and sexual identities have been widely contested in the media since the rise of the lesbian and gay liberation movement in the 1970s. One of the key images that often appears in public debate is that of ‘lesbians and gays in the Church’ as a significant ‘problem’. Research over the past forty years or so into queer theology and the history of same-sex desire has shown that such issues have played an important role in the story of Christianity over many centuries. The contributors to this volume have all been inspired by the challenges of such revisionist study to explore religion and same-sex desire as a field of opportunity for investigation and debate. They uncover some of the hidden histories of the Church and its theologies: they tell sometimes unexpected stories, many of which invite serious further study. It is quite clear through history that some in the churches have been at the vanguard of legislative and social change. Similarly, some churches have offered safe queer spaces. Overall, these essays offer new interpretations and original research into the history of sexuality that helps inform the contemporary debate in the churches as well as in the academy.