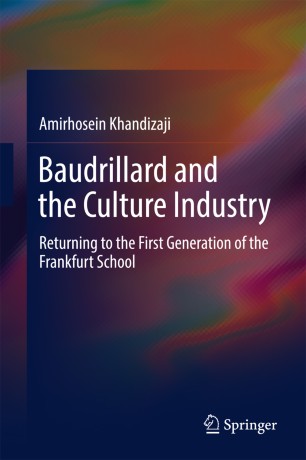 Baudrillard and the Culture Industry

Returning to the First Generation of the Frankfurt School

In our age, the culture industry is something quite different from what Adorno and Horkheimer described or could even imagine in the twentieth century. Today, the masses can not only access the media but can also respond to the messages they receive. A key question that arises, then, is why the masses, even after gaining access to their own media, still adhere to the values of the capitalist system? Why haven't they achieved a class consciousness?

This work seeks to answer those questions. Drawing on Jean Baudrillard's work, it reveals the semiotic aspects of the culture industry and describes the industry in the age of simulation and hyperreality. The book argues that the culture industry has now entered the micro level of our everyday life through shopping centers, the image of profusion and more. Further, it explores new aspects of the culture industry, such as a passion for participating in the media, the consumed vertigo of catastrophe, and masking the absence of a profound reality. As such, the book will particularly appeal to graduates and researchers in sociology and sociological theory, and all those with an interest in the Frankfurt School and the works of Jean Baudrillard.

Amirhosein Khandizaji has a PhD in sociology from the Free University of Berlin. His main fields of study are the theories of the Frankfurt school and Baudrillard. He is the founder and editor of 'Berlin Journal of Critical Theory'.