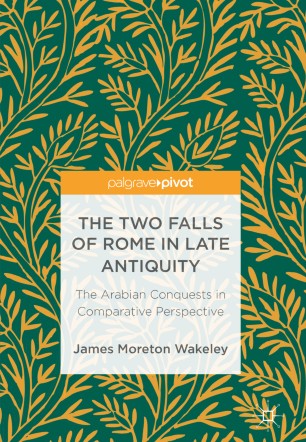 The Two Falls of Rome in Late Antiquity

The Arabian Conquests in Comparative Perspective

This book offers a radical perspective on what are conventionally called the Islamic Conquests of the seventh century.  Placing these earthshattering events firmly in the context of Late Antiquity, it argues that many of the men remembered as the fanatical agents of Muḥammad probably did not know who the prophet was and had, in fact, previously fought for Rome or Persia.  The book applies to the study of the collapse of the Roman Near East techniques taken from the historiography of the fall of the Roman West.  Through a comparative analysis of medieval Arabic and European sources combined with insights from frontier studies, it argues that the two falls of Rome involved processes far more similar than traditionally thought.  It presents a fresh approach to the century that witnessed the end of the ancient world, appealing to students of Roman and medieval history, Islamic Studies, and advanced scholars alike.