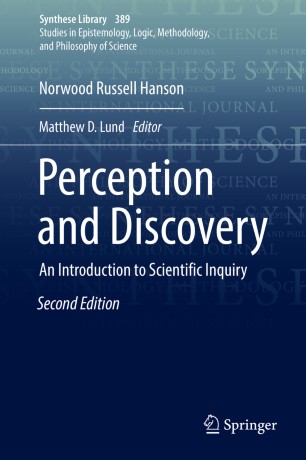 An Introduction to Scientific Inquiry

Norwood Russell Hanson was one of the most important philosophers of science of the post-war period. Hanson brought Wittgensteinian ordinary language philosophy to bear on the concepts of science, and his treatments of observation, discovery, and the theory-ladenness of scientific facts remain central to the philosophy of science. Additionally, Hanson was one of philosophy’s great personalities, and his sense of humor and charm come through fully in the pages of Perception and Discovery.

Perception and Discovery, originally published in 1969, is Hanson’s posthumous textbook in philosophy of science. The book focuses on the indispensable role philosophy plays in scientific thinking. Perception and Discovery  features Hanson’s most complete and mature account of theory-laden observation, a discussion of conceptual and logical boundaries, and a detailed treatment of the epistemological features of scientific research and scientific reasoning. This book is of interest to scholars of philosophy of science, particularly those concerned with Hanson’s thought and the development of the discipline in the middle of the 20th century. However, even fifty years after Hanson’s early death, Perception and Discovery still has a great deal to offer all readers interested in science.