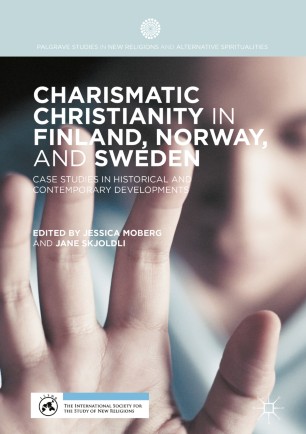 This is open access under a CC BY 4.0 license

The history of Charismatic Christianity in the Nordic countries reaches as far back as Pentecostalism itself. The bounds of these categories remain a topic of discussion, but Nordic countries have played a vital role for developing this rapidly spreading form of world-wide Christianity.  Until now, research on global Charismatic Christianity has largely overlooked the region. This book addresses and analyzes its historical and contemporary trajectories in Finland, Norway and Sweden. Through a selection of cases written by Nordic scholars from various disciplines, it demonstrates historical and contemporary diversity as well as interconnections between local, national, and global currents. Highlighting change and continuity, the anthology reveals new aspects of Charismatic Christianity.

Jessica Moberg is a senior lecturer in the study of religions at the University of Gothenburg, Sweden.

Jane Skjoldli is a lecturer in the study of religions at the University of Bergen, Norway.