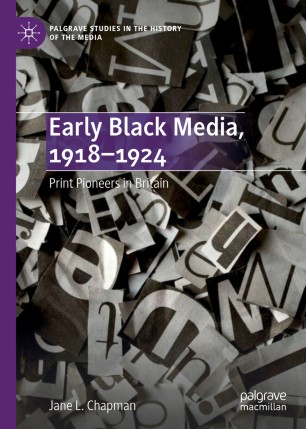 This book represents the first systematic attempt to analyse media and public communications published in Britain by people of African and Afro-Caribbean origin during the aftermaths of war, presenting an in-depth study of print publications for the period 1919-1924. This was a period of post-conflict readjustment that experienced a transnational surge in special interest newspapers and periodicals, including visual discourse.
This study provides evidence that the aftermath of war needs to be given more attention as a distinctly defined period of post-conflict adjustment in which individual voices should be highlighted. As such it forms part of a continuing imperative to re-discover and recuperate black history, adding to the body of research on the aftermaths of The First World War, black studies, and the origins of diaspora.
Jane L. Chapman analyses how the newspapers of black communities act as a record of conflict memory, and specifically how physical and political oppression was understood by members of the African Caribbean community. Pioneering black activist journalism demonstrates opinions on either empowerment or disempowerment, visibility, self-esteem, and economic struggles for survival.