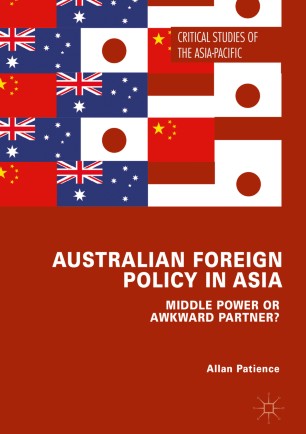 This book proposes a fresh approach to identifying states that lay claim to middle powers status in international politics. It focuses on the dependent nature of Australia’s middle power imagining which is at the core of the country’s foreign policy in the Asia Pacific. It shows how this flawed middle power imagining contributes to Australia’s positioning as an “awkward partner” in its relations with major states in East and Southeast Asia.
Allan Patience is a Principal Fellow in the School of Social and Political Sciences at the University of Melbourne, Australia. He has held chairs in political science and Asian studies in Australia and Japan and visiting academic appointments in China, Taiwan, Burma, and Papua New Guinea.